The Music Is The Feeling 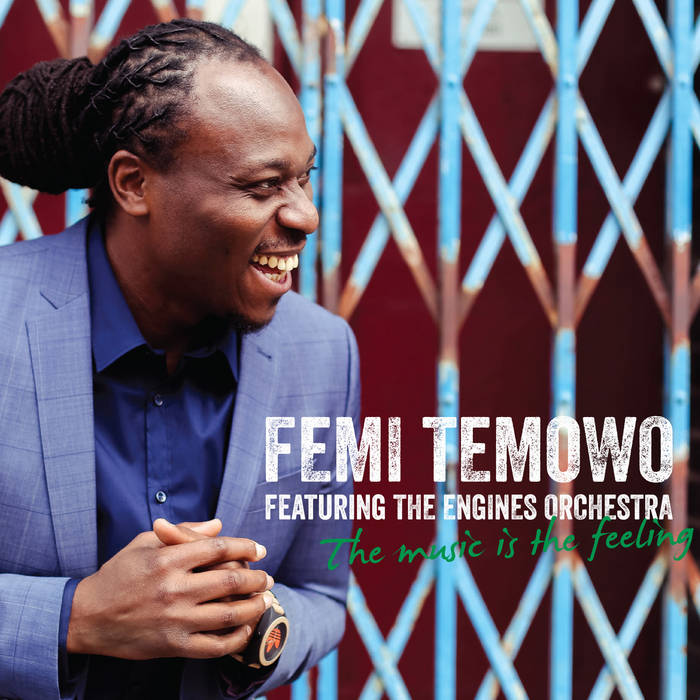 Sitting somewhere between West-African folk and jazz, TMITF channels the sounds of Temowo’s childhood growing up as a boy in Nigeria listening to pioneers such as Fela Kuti, Sunny Ade and Ebenezer Obey. A love of groove and lyricism sits at the core of the sound and is driven by two separate trios:

“It’s a full family album. I’m blessed to be working with Ernesto Simpson, an amazing Cuban drummer who’s played with everyone from Herbie Hancock to Gonzalo Rubalcaba. He’s paired with Karl Rasheed-Abel, a bassist who I love and have worked with in Soweto Kinch’s band over the years. Then there’s Troy Miller, another groove monster and long-time collaborator who has also co- produced the record. He’s alongside my cousin, bassist Michael Olatuja – someone I feel I share a mind with and can second-guess my every move. Thomas Dyani also joins us on percussion throughout and Oli Rockberger guests with us on piano...”

Nine out of the eleven tracks also feature the Engines Orchestra, run by saxophonist Phil Meadows, who Temowo met shortly after their formation.

“I’d never met an orchestra before that played non-classical material to such a deeper extent. Phil’s enthusiasm just caught me and I knew from listening to the first 30 seconds of their debut album that I needed to work with them.”

I thank almighty God for the vision and inspiration to create. To my musical brothers, Troy, Michael, Ernesto and Karl, you gave of yourselves without question and for that I am eternally grateful. My families, Temowo, Pike and Ahmed, thank you for your unwavering support. Thank you Oli Rockberger for playing so beautifully on a song that you inspired. Phil Meadows and the Engines Orchestra, your work ethic and enthusiasm for the music has and will set you apart positively, you did great work on this record and I am grateful. Thank you to Sean Douglas, Peter Beckmann, Iyisha Rocke, Rolake Akinkugbe, Jan Vrhovnik, Sabina Vrhovnik Špiler, Feranmi Oguns, Joseph Oyelade, Sandra Henchoz De Rubertis, and Victor Lawrence. I cannot forget the 401 beautiful people who helped make this happen by buying into the album when it was just a fledgling idea. All my Pledge Music supporters, I salute you.

Nigerian-born British guitarist, singer, musical director and producer described by Time Out as "one of Europe's finest and most sought after guitarists."

Bandcamp Daily  your guide to the world of Bandcamp